Most of us use a heart rate monitor to control our training output and to ensure we are making the most of the time we have to run. Aiming our sessions at the correct levels ensures that we are training optimally and will ensure that we continue to progress and achieve our goals. One of the key heart rate numbers from which we can establish all the other training zones is the Anaerobic Threshold heart rate.

It has been found, by clever people in lab-coats, that an athlete’s highest, sustainable percentage of VO2 Max level, correlates closely to their Anaerobic Threshold (AnT). As in most things scientific, there is a lot of conjecture, disagreement and argument about AnT but, as we are keeping things simple and uncomplicated here, simply put, Anaerobic Threshold can be referred to as – The effort level where the body is only just able to keep up with the demands of that effort. Fractionally higher and the body starts falling behind, which, sooner or later, will require a significant reduction of effort level, in order to ‘catch up’.

Only slightly more scientific – It is the point at which lactic acid, a biproduct of glucose metabolisation, starts to build up in the blood. This causes a lowering in PH in the muscles resulting in a reduction of performance. Before AnT is reached, the body is ‘recycling’ the lactic acid to produce more energy for the working muscles. The body is in a sort of balance between producing the highest performance while maintaining the cost of that performance. When precisely at AnT, only a slight increase in effort will result in an upsetting of that balance.

It has been found that training near or at AnT has the most significant effect on performance. The highest improvement return on time invested. It is therefore a good number to know and to test. Over time, performance at AnT will be an excellent indicator of improvement and the efficacy of our training. It is also a critical number that we can use to determine all our different training intensities and also particularly useful for pacing our racing.

Additional requirements that will enhance the test: Camera/s.

Calculating our Anaerobic Threshold (referred to in this test as the lactate turn point) – Each split points HR and speed is plotted on a graph with speed on the Y-axis and HR on the X-axis. If we draw a line connecting all the dots plotted on the graph, we hope to have a line that rises in more or less a linear fashion before dropping off slightly. If a straight line is drawn on the graph connecting as many points as it can, where the original line begins to curve away from the straight line, corresponds with our lactate threshold / anaerobic threshold (AnT). This is not always very obvious and having more points plotted on the graph helps considerably in identifying this point.

The deflection point gives us our threshold HR and speed. In subsequent tests we want to see that point shift. If our first test was done whilst at a low level of fitness, we should expect that our threshold heart rate will be higher in the next test, after a good period of training. As we move further into our training program, we should see that the threshold HR stays more or less the same but the speed at threshold will increase consistently as our form improves.

Track alternative – This test can also be done on a 400m athletics track. The procedure is exactly the same but requires a bit more initial calculation and exceptionally good pace judgement. As for the treadmill, we want to increase our pace by 0.5kph every 200m and then hold that pace throughout until the next increase at 200m. So, if our starting pace is going to be 6kph our first 200m needs to be covered in 2:00. The next 200m in 1:50 and the next in 1:43 and so on. Obviously, we don’t need to be absolutely perfect for each 200m split as long as our pace is generally accelerating throughout the test and the speed during each 200m increment is fairly consistent. If the HR and split time is recorded, we can plot these results in the same way we do the data from the treadmill test but it is obviously, much, much harder to achieve in practice, without the control that the treadmill affords us. 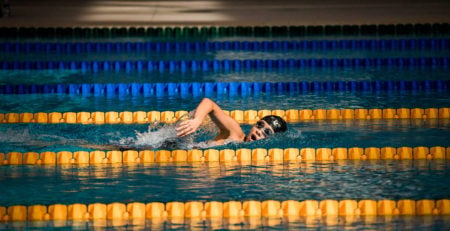 Apologies for the 'gym vernacular' but I think it... read more 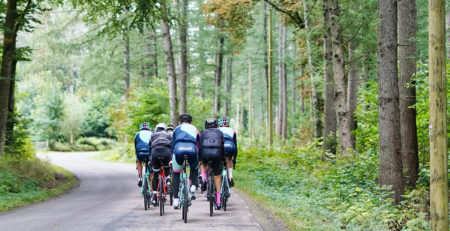 Cycling survival in a bunch

Even if we hadn’t all been forced to ride... read more 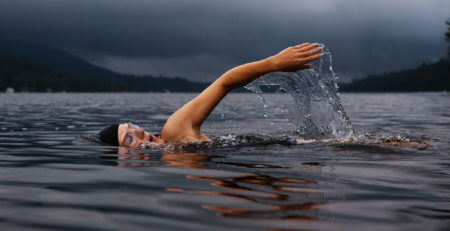 Of the three disciplines in Triathlon, the swim is... read more 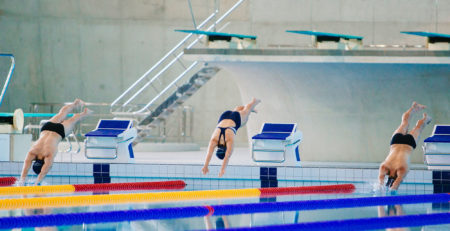 In the last in our series of swim drills... read more 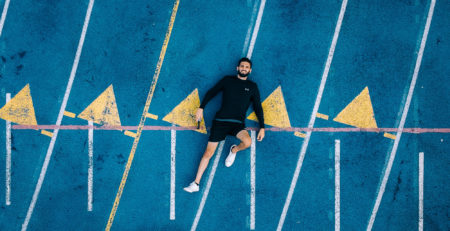 Taper Week is the week that all athletes say... read more